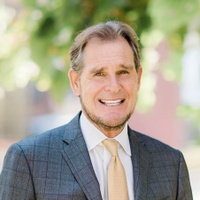 Raised in a family of 11, John worked at an early age performing various jobs to help support his family financially and gained valuable leadership skills that have shaped his independence.

In his youth, his passion for soccer led him to play competitively in New Zealand. Now married to Miki with two sons and residing in Southern California, John also owns a pro development soccer team, Newport FC, which advances a player’s skills for play at the collegiate and professional level.

After starting his professional career, John found himself laid off and forced into a transition. Soon after he found his new calling in helping others in transition—through financial advising. John received extensive training at a Fortune 100 financial services company. Then, in 2004, he founded John Stokes Financial, a privately held wealth-management firm, with locations throughout California.

Building upon sound financial principles, plus having personal experience with transition, John also has strongly focused the firm on issues relevant to the growing number of professionals in transition. With hands-on knowledge of the entire transition process and how to transition and thrive, today John and his team of professionals host over 150 workshops nationally each year.

An accomplished speaker and educator, John speaks at workshops across the country for corporate professionals (from Fortune 500 companies, professional firms, international corporations, outplacement firms, and federal and state agencies) who are facing life-changing events. Topics include unemployment, investment and rollover options, federal and state benefits, retirement, and financial planning—all critical information for making a smooth transition toward a more secure financial future.

John holds Series 7, 63, and 66 securities registrations and is a Life, Disability, Health and Annuity Agent with the California Department of Insurance (license #0D16679). He is also investment advisory licensed in all 50 states. As an active member of the Financial Services Institute, he stays up to date on the newest regulatory changes in the financial industry and uses this knowledge to improve the firm's client service model. And has recently been featured as a guest speaker on Kitces's Financial Advisor Success Podcast.

John also spends time speaking to youth organizations, sharing his own story and advice that demonstrates that from anywhere you come, a better life is possible. He considers his greatest accomplishment being a mentor to others, including his employees and his children. The Stokes Family recently adopted a Siberian Husky puppy named Kumo. In their free time, the family loves playing with her and watching her grow into those giant puppy paws.