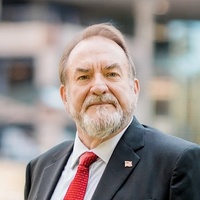 Rick enlisted in the US Coast Guard during the Vietnam era and during those four years he excelled earning a second-class petty officer rank in less than three years. After an honorable discharge, he settled in Monterey California and earned his Associate degree at Monterey Peninsula College, entering the business world in 1980.

In 1984 Rick joined an Insurance Brokerage in Monterey where he learned the casualty marketplace then moved on to a Fortune 100, full service financial services firm. In 1999 Rick relocated to the Los Angeles area and began his own financial planning practice.

Through Rick’s deep understanding and years of experience utilizing a comprehensive financial planning process, he has been able to support other members of the firm with his intellectual capital. Rick holds an insurance license with the California Department of Insurance (license #0681469) and holds the Series 7, 6, 63 and 65 securities registrations.

Rick has earned several advance designations such as a Fellowship in the Life Underwriter Training Council, a Chartered Financial Consultant, and a Certified Financial Planning Practitioner®.  Rick is also a member of industry associations such as the Society of Financial Service Professionals and the Financial Planning Association. He is also involved in his community as a long-time member of the Make-A-Wish foundation and as a Magician member of the Academy of Magical Arts home of The Magic Castle.

Rick and Lynne have been married since 1982 and have 2 children.  His family seems to always be growing and now includes; 6 grandchildren and 5 great grandchildren. In his spare time, Rick spends time playing golf and renovating properties. He enjoys traveling to visit his growing family in several states, and also has traveled to foreign lands and has cruised the seas.